The various possibilities for cancelling a sale 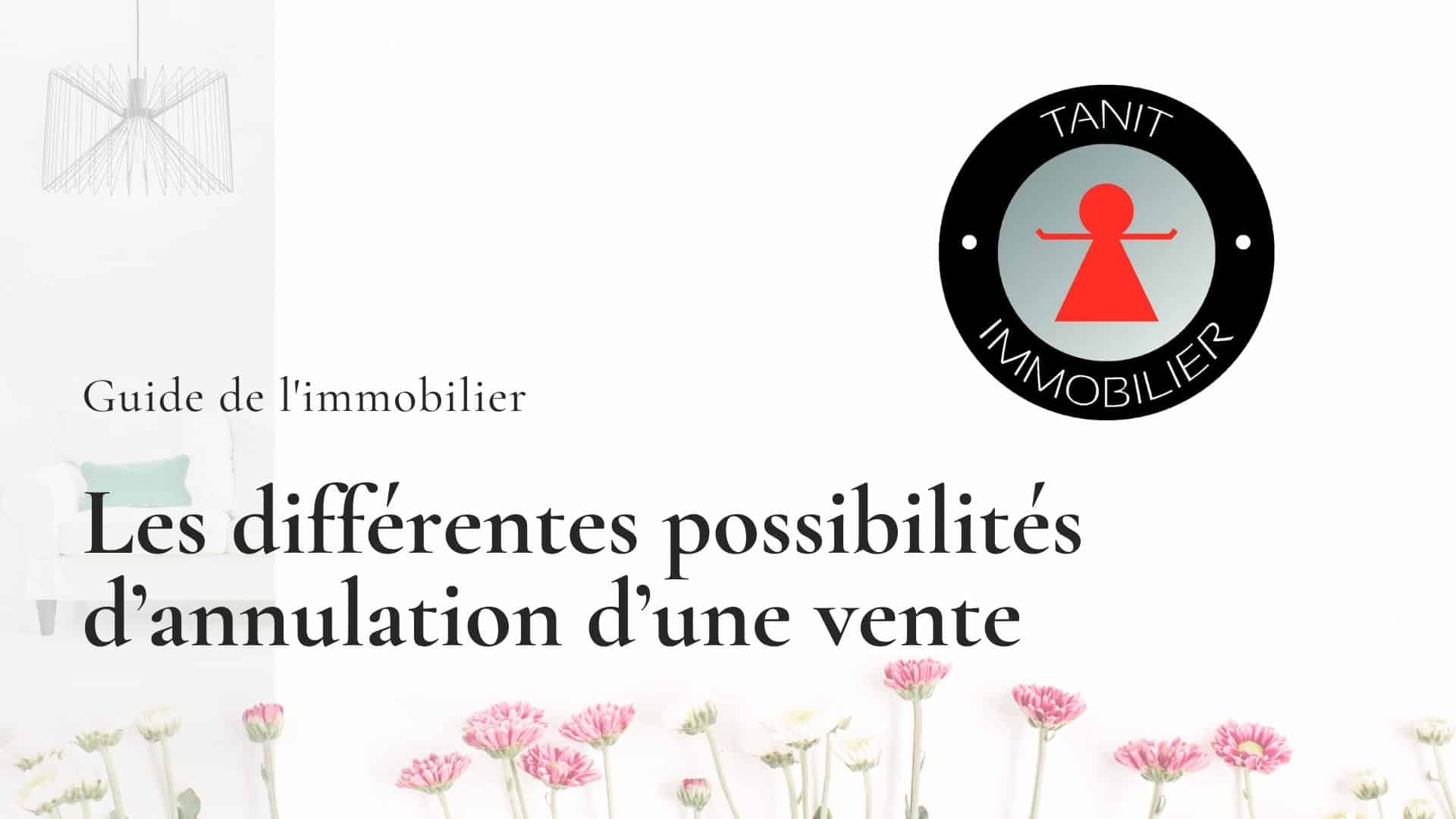 There are several possibilities for cancelling a sale of real estate, at different stages of the progress of the file, between the signing of the pre-contract and that of the authentic deed, and even after it.

First of all, after signing the pre-contract:

Whether it is a compromise sale or a promise to sell, since the Macron law (2015), the buyer has an inescapable cooling-off period of 10 days (it used to be 7 days).

This period begins to run from the day after the first presentation of the recommended letter with acknowledgement sent by the seller, or the real estate agency, including the copy of the pre-contract signed by the parties and its mandatory annexes. If the 10th day is a Sunday, a public holiday or a public holiday, the deadline is extended until the next working day. If the pre-contract is an authentic notarized deed, or a private sub-seeing written by a real estate agent, these copies can be hand-delivered to the purchaser, and the deadline will begin to run from the day after this hand-delivery.

To exercise it, the purchaser must notify his decision by recommended letter with acknowledgement. The withdrawal period operates unilaterally, on the decision of the purchaser, without the need for a reason. It does not result in any penalties, and does not allow the seller to retain the capital allowance.

The most common example is the suspensive condition of obtaining a loan to finance all or part of the acquisition. If the purchaser fails to obtain financing before the deed of sale is signed, it is invalidated. The purchaser will have to report three different bank loan refusals.

As the guarantor of the legality of the transaction, it is the notary’s responsibility to verify the fulfilment of the suspensive conditions.

When to exercise it: at the end of a promise to sell

Once the withdrawal period has passed, the purchaser can still re-retract its commitments if the pre-contract is a promise to sell. The latter gives it a priority purchase option, on the terms set out in the pre-contract. The buyer then has the time limit in the promise to sell to waive this option. If he decides not to buy, the sale is cancelled, but he will have to give up the capital allowance paid at the signing of the promise to the seller, to compensate him for having locked his property.

To guard against this cancellation clause, many sellers opt for the sale compromise, which is much more restrictive and secure for both parties.

Then, after signing the authentic deed:

As a contract, the deed of sale is the “meeting of two freely expressed wills.” Once signed, its effects are irrevocable… With exceptions, if one of the parties considers itself to be aggrieved by the contract after the fact, in exceptional and well-defined cases.

Cancellation of sale for fraud

Before and after the signing of the pre-contract, the seller has the responsibility to inform the purchaser in a comprehensive manner, so that the purchaser has all the information necessary for the decision to acquire the property. If the purchaser can prove that the seller concealed important information, which would have called into question his decision to acquire, he may invoke the fraud to appeal in court. In this case, he may ask for compensation or even have the sale cancelled. Examples of frauds may be the imminent implantation of a nuisance source near the property, or major defects in the structure of the building.

The cancellation of sales for hidden defects

The hidden defects are very different from the fraud in the sense that they concern the appearance of a major problem whose owner did not know the existence. Again, the purchaser can ask for a discount on the price of the property, or even the cancellation of the real estate sale for the most serious cases.

Cancellation of sale for injury

Finally, the injury may be invoked by a seller if he or she believes that the property has been sold at an exceptionally low price. Damage is considered if the sale price of the property is less than 5/12ths of the market price. In this case, a seller can sue for compensation or have the sale cancelled. This is referred to as a rescission action for injury.

The action in rescission is a legal remedy actioned by the parties who signed a contract. It aims to reverse the terms of a contract already signed. It may result in a redefinition of the agreement on the thing or on the price or the cancellation of the contract. Taken after the signing of the deed of sale with the notary within a specific period of time, this type of appeal can only end up in exceptional situations, in the event of injury to the sale price or dol.

Unlike the nullity action, which simply nullifies an act, the action in rescission does not always call into question the purchaser’s right of ownership.

FAMILY VILLA IN SECURE AREA WITH SWIMMING POOL AND TENNIS

Looking for a pied à terre in Juan les pins ?

Looking for a pied à terre in Juan les pins ?

Please enter your username or email address. You will receive a link to create a new password via email.